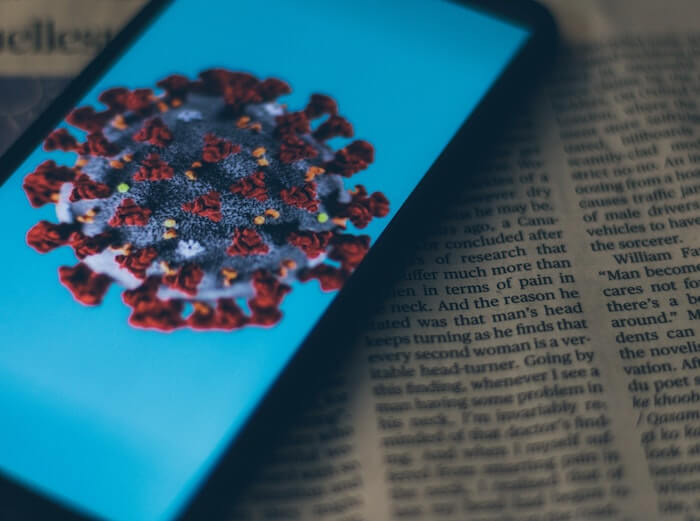 The new strain, dubbed omicron by the World Health Organization, sent ripples of fear around the globe amid fears the mutation could spark a new coronavirus wave heading into the winter months.

Major indexes fell across Europe and Asia, and as word of the omicron variant went viral, the Dow Jones Industrial Average plunged more than 1,000 points before an afternoon rally. The S&P 500 index, down 2.3%, was on pace for its worst day since February while the price of oil plunged nearly 12%.

Fearful of more lockdowns and travel bans, U.S. investors pivoted from airline travel to companies that benefited from previous pandemic spikes including Zoom and Peloton. Shares in both companies rose nearly 6%.

“They always do when there’s something on COVID (that) arises,’’ Biden said.

Cases were already spiking in South Africa, and the heavily-vaccinated country of Israel reported its first omicron positive test in a traveler returning from the southern African nation of Malawi.

Travelers returning to Belgium, Hong Kong, and Israel from visits to southern Africa were also diagnosed with the omicron variant, officials said.

“This variant may be more transmissible than the delta variant, and current vaccines may be less effective against it,” warned British Health Secretary Sajid Javid. “We must move quickly and at the earliest possible moment.”

The newly-discovered variant also raises fears that those who already contracted COVID-19 and recovered could be reinfected, officials said. The WHO called an emergency Friday meeting to discuss the threat hanging over the planet, with its decision to name the new virus an indication they believe the mutated virus could pose a serious threat in the coming months.

The WHO, along with other medical experts, cautioned more information about the variant was needed before any of its dire consequences could be felt, although word of its existence set off warning flares across the globe 21 months into the pandemic.

Previous variants, including the beta variant, raised initial concerns among scientists but ultimately did not turn into a widespread issue.

But news of the omicron strain quickly led to the barring of international flights into the UK, Russia and the 27-nation European Union with President Biden halting inbound planes from South Africa, Botswana, Eswatini, Lesotho, Malawi, Mozambique, Namibia and Zimbabwe starting Monday.

“The news about this new variant should make cleared than ever why this pandemic will not end until we have global vaccinations,” said Biden. “The United States has already donated more vaccines to other countries than every other country combined. It is time for other countries to match America’s speed and generosity.”

“Mutations could lead to the emergence and spread of even more concerning variants of the virus that could spread worldwide within a few months,” she said.

A spokeswoman for New York City Mayor de Blasio said City Hall was already in touch with the Centers for Disease Control and was “following global scientific reports closely.”

“We continue to see warning signs of [COVID] spikes this upcoming winter, and while the new omicron variant has yet to be detected in New York State, it’s coming,” New York Gov. Hochul said in a statement.

Dr. Anthony Fauci, the U.S. government’s top infectious disease expert, told CNN the new variant “seems to be spreading at a reasonably rapid rate.” Asked if it might prove more transmissible and resistant to vaccines than other variants, Fauci replied that “we don’t know that for sure right now.”

Adding to the global unease, less than 6% of the African population is fully immunized against COVID-19 — with millions of health care employees and vulnerable populations yet to receive a single dose, creating a situation where the spread of a new virus could accelerate.

The WHO indicated omicron could pose greater risks than delta, the variant that has already fueled waves of infection across every continent. In the U.S., the death toll from coronavirus was climbing toward 800,000 while European health officials warned this week that its COVID fatalities could hit 2 million by this coming March.

The worldwide number of fatalities was already above 5 million.

South African scientist Tulio de Oliveira, speaking earlier this week, reported the omicron variant contains more than 30 mutations to its spike protein — the part of the virus that can infect healthy cells.

In contrast, the delta variant contained just two mutations, raising the possibility that the new strain could be both more easily spread and more vaccine-resistant.

“The last thing we need is to bring in a new variant that will cause even more problems,” said Spahn.