Virus Research Has Exploded Since Covid-19 Hit. Is It Safe? 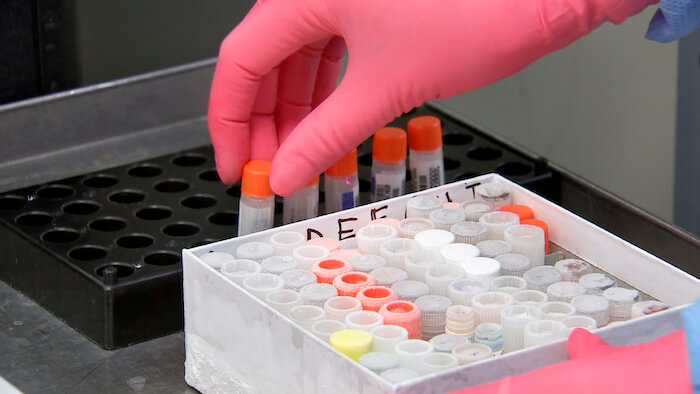 Laboratories around the globe increasingly are experimenting with emerging viruses, sometimes giving them new capabilities, as they seek to identify dangerous ones and find ways to combat them.

While the goal is to protect health, some of the projects carry the chance of a misstep that could unleash an epidemic, some scientists say.

Experiments in the U.S. are reviewed in advance by researchers’ institutions or government funders, but risky projects can go forward without being subjected to the highest level of scrutiny, especially in some other countries.

Some scientists and officials in the Biden administration are pushing for more oversight, globally, of risky bioresearch. One focus is laboratory work that enhances a pathogen or endows it with new properties—sometimes called “gain-of-function” research—which is often done to assess its potential to infect humans.

The administration, looking for ways to better weigh the potential benefits of such research against the risks, is considering ideas that include forming a new entity to address global biosecurity. Another is to expand oversight of U.S.-funded research on pathogens beyond the current practice in which most projects are vetted by the agencies that fund or oversee them and the review committees of universities and hospitals.

“This is a high priority for us,” said Beth Cameron, senior director for Global Health Security and Biodefense at the U.S. National Security Council. “The pandemic was an extraordinary wake-up call about what biology can do, what infectious diseases can do, and where our vulnerabilities are in response.”

Fewer than 5% of national governments provide oversight for research on dangerous pathogens, according to the Global Health Security Index, a project of the Johns Hopkins Center for Health Security and the Nuclear Threat Initiative, an organization focused on reducing the spread of nuclear, chemical and biological weapons.

Fueling the concerns are not only the devastation of Covid-19—more than 4.7 million people dead world-wide—but also a bitter debate over how the novel coronavirus behind the pandemic emerged. Some scientists have focused on bat coronavirus experiments in China, including at the Wuhan Institute of Virology in the city where the first known Covid-19 outbreak occurred, and have asserted that there could have been some kind of lab accident.

There is no public evidence that any experiment the Wuhan institute has disclosed could have created the virus that caused the pandemic, many scientists and senior U.S. health officials say. Chinese authorities, while refusing to give investigators access to lab logs, sample records and the lab’s viral database, deny the pandemic originated from a lab accident.

But “even if a gain-of-function experiment in Wuhan had nothing to do with this pandemic, the next pandemic could be caused by an experiment gone wrong or an experiment done improperly,” said Gregory Koblentz, director of the Biodefense Graduate Program at George Mason University in Arlington, Va.

There are good reasons to conduct these types of studies, said Francis Collins, director of the U.S. National Institutes of Health. They help researchers stay ahead of new viral threats by figuring out how animal pathogens might evolve, and which ones are the greatest threat to humans, he and other scientists say. The experiments also help the researchers then develop and test vaccines and drugs to fight off potential infections.

“You’re trying to get intelligence on the enemy to see what it might have coming at you next,” Dr. Collins said.

The pandemic has caused a boom in labs studying coronaviruses, including the one that causes Covid-19, known as SARS-CoV-2. There have been nearly 62,800 publications this year containing the word “coronavirus,” versus 905 in 2019, said Timothy Sheahan, a virologist at the Gillings School of Global Public Health at the University of North Carolina at Chapel Hill, citing data from the PubMed library of biomedical literature.

“You have lots of people throwing their hat into the ring—people who did not historically study SARS, any coronavirus,” Dr. Sheahan said. “What worries me is that not everybody is aware of how to work with these viruses safely.”

Some researchers are studying SARS-CoV-2 variants to see how well current vaccines work against them or what new mutations might emerge. Others are examining various pathogens with the potential to cause a pandemic.

In the U.S., the riskiest experiments proposed for federal funding get scrutiny from a special review group of the Department of Health and Human Services. The policy applies to research that would involve making a potential pandemic pathogen more transmissible or virulent to humans. But scientists don’t always agree on what research needs to get this highest level of scrutiny before it begins.

The experiments on bat viruses at the Wuhan institute, “whatever they are called, were very risky, unusually risky,” said David Relman, a microbiologist at Stanford University. Dr. Relman was among a group of 18 scientists who in May signed a letter calling for an investigation of both natural and possible laboratory origins of the virus behind Covid-19.

Their letter followed a World Health Organization-led team’s report labeling a lab accident extremely unlikely, despite Chinese authorities’ refusal to allow access to information such as raw data on early cases. A U.S. government review released in August didn’t yield a definitive conclusion on whether the virus moved to humans naturally or via a lab accident, in part because of the lack of access to detailed data from China, according to senior U.S. officials.

They then sometimes test whether the chimeric virus can infect human cells in the laboratory. If it does, more lab work needs to be done to determine whether it could actually infect a person and, if so, whether it could transmit from one person to another, said Dr. Sheahan at UNC.

Because these are new pathogens whose properties can’t fully be anticipated, experiments involving such procedures should be more closely vetted, said Richard Ebright, a molecular biologist at Rutgers University, a longtime critic of the value of such risky research.

Scientists and government officials have debated the risks of gain-of-function research since at least 2011, when virologists genetically modified the deadly H5N1 avian-flu virus so it could spread among ferrets.

The researchers, working independently at the University of Wisconsin and Erasmus University Medical Center in the Netherlands, ignited a storm when they sought to publish their work in science journals. The National Science Advisory Board for Biosecurity, which makes recommendations to the government on potentially risky research, asked journals to hold off while panel members debated the risks of publishing the scientists’ methods, including the risk of providing bad actors with the means to create a bioweapon.

Dr. Collins and Anthony Fauci, director of the National Institute of Allergy and Infectious Diseases, said the risks could be mitigated, and the information might accelerate efforts to develop vaccines or stop outbreaks.

The findings ultimately were published. The studies’ authors and other virologists agreed to a one-year moratorium on such experiments while the scientific community and regulators debated whether new rules were needed.

Then in 2014, the U.S. government declared a pause to gain-of-function research on certain dangerous viruses and set out to develop a new set of rules following incidents including an unintentional exposure of lab workers to anthrax bacteria and a discovery of some decades-old overlooked vials of smallpox virus.

Some research was allowed to continue: work seeking to identify coronaviruses that might jump to humans. Ralph Baric at the Gillings School of Global Public Health at the University of North Carolina at Chapel Hill and colleagues published a study of a bat virus closely related to SARS, or Severe Acute Respiratory Syndrome, a disease that emerged in 2002 and killed nearly 800 people.

They inserted a portion of the bat virus into a SARS virus adapted for lab tests in mice—creating a novel pathogen—and sought to see whether it would infect human cells. It did, and in mice it caused disease, though less deadly than SARS.

Then, he and his colleagues published research showing that another virus closely related to SARS infected both mice and human airway cells in the lab. They warned it was “poised for human emergence.”

Dr. Baric has said he thinks SARS-CoV-2 most likely evolved naturally to infect humans, yet he joined the scientists who in May called for serious investigation of the lab-accident hypothesis as well.

Researchers in Wuhan used techniques similar to his to test whether eight SARS-like bat coronaviruses had the potential to infect human cells, according to a paper they published in 2017. It was part of an effort to find out how SARS-like bat viruses might make changes that would render them a danger to humans.

Biosafety levels in laboratory research range from 1—used in high-school or college labs for work that doesn’t pose a disease risk to humans—to 4, reserved for the most dangerous pathogens.

At least some of the bat-coronaviruses work at Wuhan was done in a level-2 lab, which some U.S. scientists say is too low a safety level for that kind of work. Virologist Shi Zhengli, who led the work, has said her lab followed protocols set at the time by the Chinese government. Dr. Shi didn’t respond to a request for comment.

Drs. Collins and Fauci said the work combining pieces of coronaviruses was allowed to go ahead with NIH funding because the NIH didn’t deem it likely to make the viruses highly transmissible and virulent in humans.

In the U.S., the policy for reviewing the riskiest proposed research on pathogens before it begins took effect in 2017 after years of debate. The HHS review group has approved two projects, both avian-flu studies, which were allowed to proceed in 2018 with modifications to reduce risk and increase benefits, according to a government statement. The review group approved aspects of a third project, but NIH didn’t fund it.

Details of the review group’s discussions aren’t publicly released. Arturo Casadevall, a professor at Johns Hopkins Bloomberg School of Public Health, has said in a paper that the discussions ought to be held publicly, with the decision-making process open to all. An HHS spokesperson said federal regulations prohibit public disclosure of research proposals prior to a funding decision.

Dr. Casadevall’s own lab is discussing doing a study to figure out how fungi adapt to higher temperatures. Work like that wouldn’t typically raise red flags, he said, yet there can be unexpected outcomes. “Any time you change the properties of an organism, you need to seek biosafety review and approval,” he said.

Dr. Collins at the NIH said that in light of the pandemic, the federal government might ask the NSABB, the federal advisory panel to the NIH on biosecurity, to consider reviewing whether current policy to evaluate research proposals for government funding is adequate.

Dr. Fauci said he is open to changes in U.S. policy but added that research on bat viruses is essential to preventing future pandemics. “You’ve got to be foolish to think that the threats are still not out there,” he said.

Previous Post
The Dark Truth Of Physician Burnout
Next Post
Covid Cuts Two Years Off The Life Expectancy Of U.S. Men
For Authors