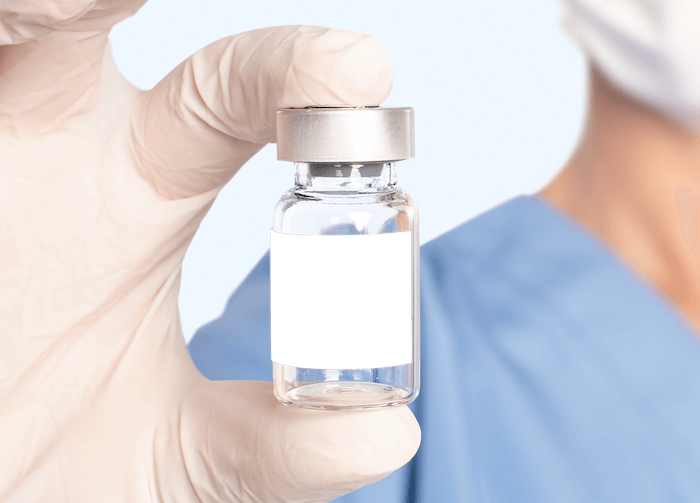 Even in Idaho, which has one of the lowest coronavirus vaccination rates in the country, clinics have been gearing up for an onslaught of calls and emails requesting booster shots.

Administrators at the Primary Health Medical Group updated their website Thursday and then set about revising it Friday when government eligibility recommendations for boosters suddenly changed to include workers in high-risk jobs. Even then, the clinic’s chief executive had to figure out which occupations that meant.

“Who’s at high risk? I had to look it up. Is it firemen? I don’t know,” said David Peterman. “This is so confusing to the public and creates mistrust. And we can’t have that right now. Right now, we need the public to say, ‘Let’s get vaccinated.’ And for those that need boosters, we need to say that ‘This is safe, and this is what we need to do.’”

Confusion over boosters, which has been brewing for months, heightened over the past week as government regulators and advisers met to hash out the pros and cons of administering third doses.

Hours of meetings were followed by a dramatic decision Thursday: The Centers for Disease Control and Prevention’s advisory group narrowed the Food and Drug Administration’s recommendation for who should get a third Pfizer shot, only to be overruled in a late-night announcement by the CDC director: Along with Americans 65 and older, nursing home residents and people ages 50 to 64 with underlying medical conditions, who the advisory panel had suggested should get shots, Rochelle Walensky added the people in high-risk jobs.

“It’s a communications crisis,” said Robert Murphy, executive director of the Institute for Global Health at Northwestern University Feinberg School of Medicine, who said he received worried calls Thursday evening from health-care workers who thought they would not be eligible for the shots, followed by messages Friday from colleagues wondering when and where to get them.

“Everyone is kind of confused,” he said. The current discontent has deep roots. In April, Pfizer chief executive Albert Bourla said a third coronavirus dose was “likely” to be needed. In late July, Pfizer-BioNTech announced that their vaccine’s efficacy waned over time. Data from Israel confirmed a drop. Then, last month, as the delta variant of the coronavirus surged and the World Health Organization decried the distribution of third shots in wealthy countries while poor countries were lacking first doses, President Biden announced that most Americans could begin getting boosters of the Pfizer and Moderna vaccines Sept. 20 — subject to the government’s regulatory processes, which unfolded in recent days and focused only on Pfizer. Regulators already allowed third shots for the immunocompromised who have received Pfizer or Moderna shots but have not yet made recommendations for all recipients of the Moderna and Johnson & Johnson vaccines.

The deluge of phone calls about booster shots to Primary Health clinics in Southwestern Idaho began weeks ago. On Friday morning, the group’s Garden City clinic, where Maddie Morris fields inquiries, saw an increase in calls, mostly from senior citizens.

“The calls seem pretty nonstop,” the customer service representative said. “It seems like a lot of people are anxious to get a booster.”

Doctors say confusion clouds patients’ willingness to receive boosters. In Idaho, the problem coincides with the primary health-care system’s struggle to meet the demands of the latest covid-19 crush, which earlier this month plunged the state into crisis standards of care — essentially the rationing of health care as demand overwhelms resources.

Peterman expects the new booster guidelines to prompt an increase in inquiries just as the number of providers out sick is at an all-time high.

Many newly eligible patients are over 65 and not comfortable using the Internet to find information. So the phones keep ringing at Morris’s desk.

“You really can’t take a breather. You just have to jump to the next call,” she said. And Peterman says he has had to ask staffers to take extra shifts and work long into the night to help close the staffing gap.

Much of the muddle stems from legacy systems at the FDA and CDC that were set up to handle routine drug approvals and childhood vaccinations, not a fast-moving public health crisis involving the entire population, said Jay A. Winsten, the founding director of the Center for Health Communications at the Harvard T.H. Chan School of Public Health.

The CDC’s Advisory Committee on Immunization Practices includes infectious-disease specialists, obstetricians and pediatricians who grappled Thursday with questions in which they have no expertise, such as whether offering boosters might undermine public confidence in the vaccines’ efficacy.

“What’s missing from the equation are communication experts,” said Winsten, including specialists in public-opinion polling and behavior change. “They need a seat at the table.”

Health-care providers across the nation have been helping patients for weeks to filter through not just misinformation and disinformation about boosters but also a surfeit of real-time information.

Across the New Orleans metropolitan area, new CDC guidelines had failed to trickle down to many administration sites by Friday morning.

The Louisiana National Guard, which helps to run testing and vaccination sites, was still awaiting clarity.

“We are just administering the first and second doses,” said Sgt. Gaynell Leal, a guard spokeswoman. “As far as the booster part of it, that hasn’t come our way yet.”

“The biggest thing is gaining people’s confidence in science,” Leal said. “My civilian job is I’m a funeral director. So I’ve seen this on both sides.”

On the ground, some National Guard-run sites did offer booster shots Friday, but the eligibility benchmarks they used had not yet caught up with the CDC’s latest guidelines.

At a drive-through testing and vaccine site in Meraux, La., just east of New Orleans, medics offered booster shots to those who met the requirements laid out on a “self-risk attestation form” issued in mid-August by the Louisiana Department of Health. That form offered a checklist of reasons one might qualify for a third dose, including active cancer treatment, HIV infection, immunodeficiency issues or the use of immunosuppressants. The form did not account for the age or job-related eligibility factors the CDC announced late this week.

In the French Quarter, Tara Thompson, 53, enjoyed a drink in Pirate’s Alley with her husband.

Thompson said that although she took the vaccine to spend time with her elderly parents, she hoped this week’s guidelines would not lead to booster shots soon being pushed on the public.

“I personally don’t want it if I don’t have to have it,” she said. “It’s a matter of trusting the science that seems to be skewed toward the benefit of certain political mind-sets.”

Thompson said she could change her mind if the shots help with travel.

“Or, if the booster shots help Mardi Gras to happen,” she said. “I might consider it then.”

In Chalmette, La., Kerissa Fernandez, 37, wanted more clarity on how the new booster shot guidelines applied to her.

Fernandez, a family nurse practitioner, said she and the staff at the small urgent care clinic she runs with her husband all meet the front-line worker requirement for booster shots. But none of the staffers at the Bayou Urgent Care Clinic had received the Pfizer vaccine, she said.

“I had Moderna. We all got Moderna,” she said. But when the delta variant reached record numbers in Louisiana, she and her husband both ended up with breakthrough infections.

Knowing firsthand the virus’s ability to shape-shift, Fernandez said she and her staff are all eager to get booster shots.

Many newly eligible people say they aren’t waiting for the rules and recommendations to change again. Ann Mackey, 66, qualifies for a booster shot.

“I have a doctor’s appointment next week, so I might see if they can jab me then,” she said from her high-rise apartment in downtown Kansas City, Mo.

The former FDA employee said the government’s conflicting messages have been confusing. She doesn’t understand why she can receive a Pfizer booster, but her friends and family can’t get their third Moderna shot. She is confused about how the government defines “high risk” and who will enforce the newest set of recommendations. And she worries that public confusion will provide another excuse for people to avoid getting their first dose.

“There already is a lot of vaccine hesitancy, and they are just looking for reasons not to get vaccinated,” Mackey said.

Derek Hoetmer has been following the news closely, hoping he and his wife, a nurse who worked on a covid response team, could get a booster before the Missouri winter.

The problem is that the rules keep changing — and not in the Hoetmers’ favor. They were pleased to wake Friday morning to find the vaccination door had been opened to people in high-risk jobs.

But not wide enough for the Hoetmers, who won’t qualify because their first two doses were Moderna jabs.

With the Missouri winter only two months away, Hoetmer is considering his options. He has heard that other Americans who do not qualify are secretly getting boosters, anyway.

“I won’t lie. I’ve thought about that option,” Hoetmer said. “I would rather go about it the right way and not take away someone’s booster shot.”

Previous Post
Covid Cuts Two Years Off The Life Expectancy Of U.S. Men
Next Post
Doctor Treating Pregnant Covid Patients Warns This Could Be ŌĆśJust Another Lull Before Another Potential SurgeŌĆÖ
For Authors